Hi. Longtime. No peep. It’s been a while( thank you so much Andy and Joe for my solid staind opening Segway). It’s been since 2018 since you heard from this blog. A lot has changed. A lot has happened within the course of four years. I have decided just to do a catch-up blog piece solely on myself before I dive right into writing about music and other cool jazz things.

Throughout the years I have received emotional and mental abuse from my own stepfather. It got worse when Trump was elected president. It’s caused my stepfather to believe everything the orange douche mc skat turd box spewed out of his fart box every ounce he got attention. My mom and I have been verbally abused for year’s and it got bad for my mom cause my stepfather became a controlling and stalkerish husband at the time. He tried to hire people to stalk and follow my mom around to catch my mom cheating. It got so bad my mom lost several friendships cause of him.

My mom and I during the year of 2020 besides the start of the pandemic which I have vaxxed only covid thing I will post here. Excited to see BVB again in March with MIW and INK with the Trinity of Terror tour. We made our exit plan. We got lucky finding the place I now live in. Besides going through this bullshit. In 2019, I focused on getting my last knee fixed so now I am bionic in both legs with having 2 rods each in both tibia bones. Plus in 2020 and 2021 I had numerous amounts of testing done to test for my autoimmune disease and to get a positive of seeing if there is a possibility of a leak or tiny hole in my nasal cavity that CSF fluid is coming out of. Unfortunately, both came out positive or inconclusive. It’s been tiring with constant doctors appointments. But it’s the best I can do to keep myself healthy.

May 8th, 2020 I was officially diagnosed with my rare migraine disease called Spontaneous Intracranial Hypotension. I wish I could have saw BVB and ITM that day instead. Sigh.

December 8th, 2020 my mother and I officially moved out of the toxic house that we were living in. It’s been over a year and one month since we have been out of that toxic house. It took me a while to get well a bit mentally. I am still not 100 percent. I will never be. I am okay with that. I am okay with not being 100 percent ever again. It’s what makes us human. I learned on tik tok of all places that I suffer from complex post-traumatic stress disorder. I also have your roundabout depression and anxiety.

My stepfather was incredibly abusive towards me for the last 4 to 5 months I lived with him. I never caught him being abusive to my cat. But I believe he was cause he flinches every time I pet him. It hurts my soul. He got physical with my mom several times. He slammed a door on me. He threw the freezer door at my face. His last insult to me was when he told me to get the fuck out of his house and never come again. He said it so cold and callously. He also said I was something he just raised.

I plan on getting into therapy but covid has fucked things up. So I receive it online. I just take it day by day just like I do with my chronic illnesses.

I am a warrior. I plan on kicking more ass cause I have been through so much bullshit. I am happy to announce I am 5 months and 3 weeks migraine suppressed after dealing with a migraine volcano since 2009. All thanks to the CGRP protein blocker Emgality one-month migraine shot,(medical science is lit). I also get botox for migraine every three months which is fun(not).

Stay tuned. I plan on doing an album review for Black Veil Brides, “The Phantom Tomorrow.”(no publish date, I am a disabled sloth and still need time on it.) Plus a plethora of things I want to do with this blog. I am happy to finally come out of hiatus and start writing again. :’)

If you supported me from the beginning or whenever. I love you all. Thank you so much. Thank you for sticking by my side while I dealt with personal things. You all are rockstars. With that go kick ass. Drink your H20 like Bobby Bushay wants you to. Eat your potatoes. Never give in. Never back down.

1/9/2022 *check about for sharing information. © @chronicpotatobvbqueenwriter 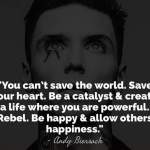 If you follow me on social media. You may have taken notice that my life right isn’t so great. My parents are going through a divorce. It’s been nothing but screaming matches. My stepdad also has been verbally abusive to me for years. It’s gotten worse lately. So my mom and I are moving somewhere with my 3 cats and mini doxie. To everyone that has supported me through everything. It means a lot during this time. I have no idea what the future holds. But I just wanted to update everyone on my life. I am going to have to postpone this or just make do with whatever I can do. I know I won’t be able to do the whole month. But shit happens in life. Hopefully things will take off soon enough with this blog in the future. If you are experiencing domestic violence or any abuse. Please go here for more information.

I will update you all more as time comes around. But please never give in. 💜

*See about for additional help for abuse and copyright.

@ /// PotatoBVBQueen is my Twitter social username to get a hold of me if needed or you see a typo in my articles. I am human. I also have dyslexia so it is what it is. Thank you so much for understanding.

I left November 1st out in remembrance of my late grandfather Mark H. Whom died of terminal liver cancer in 2016. So I decided to leave yesterday out for him. May he rest in peace.

Within this month I will make a personal blog post on what’s going on within my life at the moment. But it’s been a long time since I had the spark or even the confidence to write on this blog. I have been bullied and there are things in my household that are causing a major drop in my mental health in terms of depression and anxiety.

2020 has been a real shithole for anyone right now. No pun intended. Since I don’t really want to overwhelm myself with a extensive review of Andy Blacks(Biersack) “Ghost of Ohio” and Black Veil Brides both “The Night” ep and “Re-Stitch” 10 year anniversary re-release.

Plus I am disabled and I don’t really like to overwhelm myself at all. It is not great mentally and emotional wise to do. It also affects me physically also. I don’t like to spike my migraine that’s already a shithole to deal with. Such a pain really.

So let’s get on with starting this new and exciting project. It’s going to be very fun(not overwhelming). I have a random picker on Microsoft excel so I will be reviewing random songs by the three albums I mentioned above.

Chronic Potato Queen Writer Song of The Day is: Ghost of Ohio.

Ghost of Ohio is featured on any streaming service for your convenience like Apple music, spotify, and YouTube. Plus on physical vinyl and CDs as well. To watch the official music video filmed by Patrick Fogarty(Longtime BVB conosuier film producer). Watch here.

Ghost of Ohio can lyrically be interpreted into many different types of ways by the listener. This song has twins like vibe to it to Andy’s first solo record ” The Shadow Side” the song ” Homecoming King”. The ying yang mentality of each of the songs complimenting each other is something unique that Andy holds as a tried and true lyricist. The story making behind each lyric holds true of the background of his parental influence of music his parents raised him on. I praise Amy for bringing Bruce Springsteen into Andy’s life. I see a lot of it Bruce’s influence lyrically in “The Shadow Side” and “The Ghost of Ohio”. I also see other amazing influences as well such as Billy Idol, The Misfits, Alkaline Trio, and so forth in Andy’s solo and BVB as well.

Ghost of Ohio to me rings true that everyone is trying to find there way into life with the daily struggles and hardships we all go through. But in the end we find a silver lining or we over come our struggles. We find success in whatever we find we are good at whether it would be art, music, writing, science, medical, and so forth no matter where we base our roots in life. Andy’s lyrical story telling is very inspiring and cathartic to ones soul and mind. The music elitists and mass music critics that turn a blind eye on Andy’s writing abilities are truly dingbats. The dude has a beautiful way of pouring his heart out on paper. Such a wonderful musician of his time. Certainly Ghost of Ohio is one of his greatest songs from a lyrically standpoint.

Whatever way you interpret Ghost of Ohio in whatever regards you do. You definitely deserve to have it that way. Music is such a universal tool at our disposal to keep us sane through this panademic. Stay tuned for tomorrow’s song of the day. Thank you so much for reading. It means a lot. Each and every one of your guys support is very much appreciated.

Twitter:@PotatoBVBQueen // *for about page Never Give In!

Find a typo. Please alert me at the above social media. I am human. Shit happens.

What is the date today?